Yesterday i read an article on how someone came across a person who told him, every night he would go to the graveyard and do certain rituals. After which the ‘spirit’ of the individual upon who’s grave the magician was doing the rituals, came to him and asked how can i be of assistance to you. The person writing the article then further goes on to say that he found it strange, that this could happen. Obviously, the magician was trying to posses a jinn which he evidently did. Over the course of the article it became clear that the person was totally unaware of the black magic which is widely practiced. Especially in the Indian sub continent. Unfortunately, Pakistan and Bangladesh have become the capital centers of the world for black magic! I can say this safely without much hesitation, since the overwhelming majority of black magic cases originate from these two countries. This post is mostly for those sorts of people who are, to say it nicely, living in their own little fantasy worlds, where leprechauns and fairies govern the world! Totally oblivious to the harsh, and often times dark reality of the real world they are living in.
Black magic is no joke, and it is certainly not the futile trickery which you see on the tele either. Black magic has serious consequences which if the affected person does not seek solution to his/her life, will undoubtedly may even end up dead.
The prophet (saw) said those who practice magic, (If they are Muslims) have certainly done kufr, (which is disbelief) on everything he (saw) has brought as guidance. (paraphrased).

I have heard and read many cases where the magic has caused people to divorce, to fight and even deaths. Depending on the type of magic done, the severity of it is according to its level of evilness. The practitioners of such dark, and evil deed are usually people who have made it their expertise on this. They often times make a living out of it. Hence the popularity of such evil is widely practiced in the poorer third world countries, and the developing ones. At the forefront being Pakistan and Bangladesh. There are many misconceptions which are prevalent with this as-well. Many who think of evil immediately conjure up the image that the practitioner of black magic will be a dark, ugly, and a poor person. However, this is not the case! The evilness of an individual is not determined with how dark a person looks or how ugly he/she may be. Take the example of Abu lahab, the uncle of the prophet (saw), he was a very handsome and good-looking man. Yet, as every Muslim knows, evil and abu lahab’s name have become synonymous to each other. Other likely traits, are also that a well off individual who is financially, socially, and economically, stable may be the cause of the magic. It maybe a close family relative who out of jealousy has done such magic on the affected person simply because he/she has over taken them on a financial level or has become more popular than him/her. A One time poor person, and now one of the richest person in his/her locality. Many, if not all the cases are because of the jealousy; why such and such a person has got so much wealth and not them. Why has he or she become popular and not them, the list is endless.

Now, tips on saving yourself from such evil deeds:

1) If you happen to be traveling to the sub continent, then make sure all your relatives and friends are kept at a certain distance from you at all times. By this, i mean do not let them into your personal conversations too much. Letting them know your inner most secrets, how much you have back home, where you live etc. No matter how close they may seem. Do not show off, i mean do not go there and start to hire out the most expensive cars or wear the most expensive clothes just to show off your wealth and health! This is just inviting danger. Many of the people over there are poor, when someone sees a person in such wealth and pleasure he/she will become very jealous. As they are not experiencing the same as you, so why should you have it and not them. (I know, it s a very sad state, but this is the reality!) One of the biggest causes of black magic is this!. That some heard how much x or y has and as a result became jealous, who then in turn to vent his jealousy went to a magician to get the spells cast.

2)The most important out of all these is, never forget to read your morning and evening masoon adkars of the prophet (saw). The prophetic supplications are there to ensure your safety from these very spells and casts. As black magic is of different forms/types and done via different means, this is your best defense system against it. Black magic does not always have the need for the victim to be wearing an amulet or something likewise for it to take effect. A jinn can be possessed and then directed to spiritually, physically, emotionally, psychologically attack the victim. These duas’ will be your best defense against such attacks.

3) If, by any chance a person DOES end up giving you an amulet, telling you to wear it all the time. Then before you even take it, tell them what the content of the tazweez (amulet) is. If he/she refuse to tell you, and instead says it does not matter what it is, and that its there for your protection. Totally disregard it and throw it on their face, and i mean literally! just to let them know what you think of their ‘protection’. No matter who he/she maybe giving you such an amulet, if he of she does not explain to you its contents, then do not accept it. Many times the people who are affected by it is because they accept the amulet (taweez) without question as it is given to them by their uncles and aunts!

4) If you’re unsure yourself of such a talisman given to you, then before you happily wear it as a protection. Take it to a well grounded and well knowledgeable scholar. Who is fully aware of such crimes, and spells. Who can give answers and solutions from the Quran and the sunnah. Many local ulema in the masjids of Pakistan and Bangladesh are not aware of such evil, or if they are, they are cannot do much since they have minimal knowledge of the field.

5) If your are brave enough and have firm conviction that Allah will protect you, then open the taweez yourself just to be that extra careful, so that you can make sure that it is not anything dodgy. If inside you find strange numbers r strange signs and symbols instead of prophet duas, then IMMEDIATELY burn the evil taweez!!

6) In the Indian sub continent, powerful black magic is often sought, for severe effect on the victim. So, many times they ( the evil people) will not give you anything. If you see any signs of tiredness, illness which the doctors or the experts in the medical field(s) cannot detect. Then immediately, consult a professional, well qualified scholar. As it may be the severe type to black magic which has been cast on you. 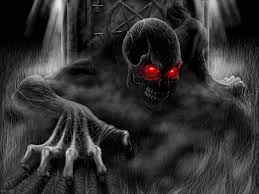 There are more advises a person can take or give, before traveling to such places. But these should be the on the priority list of anyone who intends to travel to Pakistan or Bangladesh for example.
Take the issue of black magic seriously! it is no joke. Even the prophet (saw) was affected by it, after the arrival to madinah. A JEW cast spells of him (saw). He would occasionally have memory loss. After a few days Jibrail (as) informed the prophet (saw) of the cause of his memory loss. The person who performed the black magic and where the evil amulet was being kept. If the best of creation was affected by it (although only slightly, due to his spiritual power), then how can i or you say we are immune from it? if it was to affect us. God forbid!
Just like a person makes travel arrangements in terms of luggage, tickets, money etc. Make sure to also keep this in your checklist. Making sure you take all the relevant measures necessary to protect yourself from black magic before you travel. Many people leave this out and in hindsight they then regret not making such plans or seeking protection when evil descends on their lives. When they return back to the UK or even whilst they are in Pakistan or Bangladesh.
We should be doing and seeking such protection anyway from the prophetic sunnah for our daily protection and safety. However, this becomes of tantamount importance before traveling abroad to any country, especially Pakistan or Bangladesh.

39 thoughts on “Tips on saving yourself from black magic”