From the first episode:
….once the love was known and the ears and the eyes of all the students realized why he was the favorite student, the devil began his work. tongues started to talk, planing against the student began to start of which one of them was, to take him out of being the favorite student, as did the brothers of yusuf (alihis’salam) planned. “lets begin a propaganda that he has defamed our shaykh” claimed some. “no, lets say he is a spy, this is why he always wants to be in the scene” answered others, but this was not to go unanswered. Being a man of high station in the eyes of Allaah (subhan’allahu’wa’tala) and a man of great insight the shaykh was all aware of what was happening. Once back in the zawiyah, from the umrah trip, all was going as usual, weeks and days passed and not a word was said or ushered. everything seemed to have been forgotten… 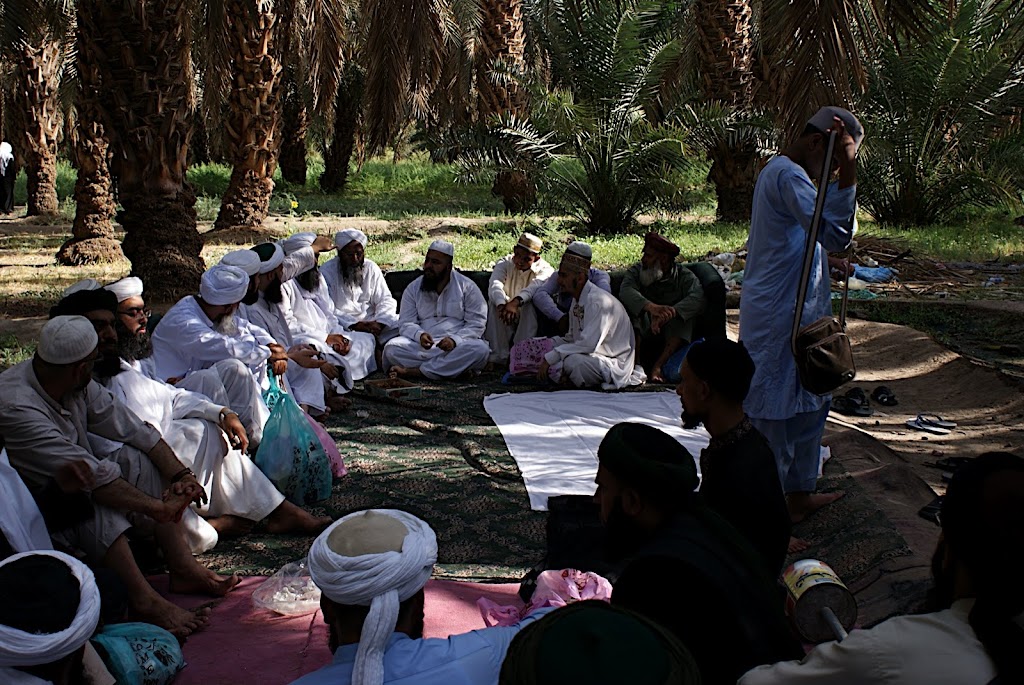 second episode:
slowly ramadhan came in, all the brothers were busy doing what was ordered and told, a text was sent around announcing “all brothers who attended the umrah trip should attend the Thursday majlis hazrat said”. The first Thursday of ramadhan came around, and expectations as to what the announcement was going to be, was high. “could be the fact that, we will be told a secret?” or “could it be the fact that we would be told where our next trip will be to?”, or “will we be told off for all the shortcomings in umrah?”. All minds were busy thinking and expecting what it could be…?. All frustrations and anxiety was to be settled once the shaykh entered the building. For some, the anxious waiting was too much, fajr salah came and went, but the minds were still at unrest, what could it be…? the gathering started, and there was an echo of silence across the whole room. the silence seemed to have grabbed everyone except the shaykh, it was as if time, itself had come to a standstill. A fly, roaming around the light bulb, buzzing as it tried to understand what the bright light was, and trying to figure a way out of the room caught the eyes and the attention of the shaykh and the students. which only heightened the tension on the faces of the students. “get the fly carefully and set it free” came the command from the shaykh. no movement, as if all had become deaf. After a short time one of the students got up managed to capture it without hurting it and set it free.
the majlis began with the words of praise and thanks to Allah from the shaykh’s blessed mouth. “all praise and thanks is due to Allah alone…” “today is a special gathering” issued the shaykh. “i will answer and give what ever anyone asks of me, only today this is going to happen so ask all what you want”. Just as the prophet (salla’huali’hi’wa’salam) had done once, whilst being on the minbar. All of a sudden it felt as though the majlis was taking part during the time of the prophet (salla’huali’hi’wa’salam) himself. Hesitatingly, some asked
“i want to see kashfs”, “i want to fly in the air” said another, “i want to be established as the king of the world” requested the next, “i want to read people’s minds” came from a few, “i want to die on iman” wished some, “i want to be the khalifah of this tareeqah” abruptly ordered some. when all had asked and were listened to by the shaykh, only one was left. it was none other than the student of the shaykh. Looking to the right of the room, to where the student was sitting humbly, the shaykh asked
“what would you like?…” No answer came from the student.
again the shaykh asked “what would you like?” after a short while, shedding tears of love, the student got up from his seat and going to the feet of the shaykh he answered, “o syidi (my master) i want nothing, other than you. i want no one and nothing OTHER THAN YOU. if i have your love then i will have the love of the mashaykhs, if i have their love then i will have the love of all the pious people who are living and have died, if i have their love then i will have the love of all the companions of the prophet (salla’huali’wa’salam), if i have their love then i will have the love of the of all the angels, if i have their love then i will have the love of the beloved (salla’huali’hi’wa’salam), and if i have his love then i will have the automatic love of the lord of all the worlds”. Shedding tears, the student continued, “this is why i do not want anything o syidi, please forgive me for not answering the first time as i was finding it had to keep my emotions at bay. i have your blessed teachings, which is the food by which i am alive.”
hearing this, the shaykh got up as he did so, the student simultaneously got up as well. the shaykh gave him a hug as a father does to a child, and the rest is history
To this day the story is told and retold in the gatherings of the sufis as a story of love, morals and loyalty.

to be continued (part 3)… inshaAllah

Go on Nazim. Good story. But what did you ask for? Your old friend, Ilyas.

As the brother said on part 1:
“Please note: this is a fictional story which means none of the events mentioned, actually happened”.

nothing bro… as the story is fake. i just cooked it up, lol. Although it is based on a hadith