BACKGROUND TO THE JOURNEY OF HUMAN BEINGS 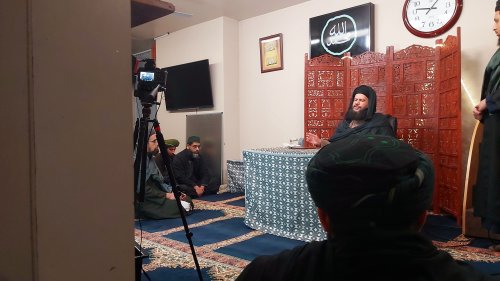 Notes
Hadith of Gibrail AS – Allah created paradise and Gibrail AS said who would not want to go there? Then he saw the paths leading to paradise and he realised its full of hardship, difficulties and obstacles.
When Allah instructed him to see the other creation of his (hell) he said who will not want to save himself from this? Then he realised the paths which lead to this destination is full of pleasures and enjoyment.

[ ] Allah’s deep love and favour for us

1. *By choosing to come to this world humans have infact have said “I will come to this world, without any guidance (revelation), knowledge and support from Allah”. It was by the fadl of Allah he still sent us guidance on how to follow and live by his laws I.e live as humans beings. This is why Allah said “humans have caused injustice on themselves” as they essentially said “we will go into enemy territory and live and fight our lives own our own”. – with no guidance on how to fight the enemy and win the battle.

The human body is like a spacesuit and a suit will never remember what it did, liked or lived by. It is the person inside the suit who will remember and realise what it has done.
2. This is why Allah sent his lieutenants (representatives) the prophets to help and guide them humans. They are free from any mistakes as they are like humans who have chipset into themselves who cannot go astray or cause any sins and faults. – An arsenal of inventory to help humans fight and become successful. It was out the growth favours and mery of Allah he sent them to help us navigate this challenge we took on ourselves.
3. Look at the deep love of Allah that even in the world of spirits Allah prepared the humans spirits to know who he is and assured them by making them testify Allah is our Lord so that on the day of Judgement we cannot day we didn’t know who Allah was. It is like a general who give the layout of the enemy territory before the army is sent to the battle field so they do not go in blind. This was the second level of love Allah showed by preparing us before we were set loose after we had chosen this world i.e “freedom of will”.

4. On top of this, we did not ask Allah to give us multiple chances when we make mistakes. We essentially told Allah we will go through this Life without making mistakes and errors. But it was Allah the almighty he has given us chance after chance, through tawbah to return to him.
5. Not only did Allah give us countless chance to seek his forgiveness to the many mistakes we make, he has also allowed us a number days and years to correct and amend our ways, not just one hour.