Not that anyone needs to be told, but it’s that time of year again; Christmas, a time also when liberal Muslims are out in force.  Whilst on the other side, traditional Muslims  are vying  to present some sense and sensibility during this time of the year for those constantly pushing to be applauded and accepted in desperation to be seen as a ‘normal’ family.

Deenport is a online Muslim forum, from a throng of liberal-minded online forums, where so-called self styled Muslim intellectuals try to voice their opinions on anything and everything. It is no surprising then on a forum where the boundaries of Islamic ethos are pushed further apart, where most users prefer to have gender mixed conference events as opposed to segregated events and in some cases mixed congregational payer sessions too, that Christmas celebrations will be a frosty topic of discussion. (pun intended) With both sides of keyboard warriors voicing their approval or disapproval. The discussions currently on-going are the same expletive discussions which happens every year on the internet. It presents one simple image; a kaleidoscope of confusion facing the Muslims of today, namely an identity crisis due to the large influx of un-Islamic cultural traditions and ideals. Many Muslims, especially those who try to see themselves as above and beyond the ‘tardhead Muslims’ as one user put it on deeport, will go to great lengths to establish themselves as the normal sane Muslims different from the rest; Muslims who like to go down to the pub after work have a pint or two, pray sometimes, on Friday nights go out to get completely ‘mashed’, only to get the much coveted ‘hangover’ the following morning. The usual arguments for celebrating Christmas is,

‘Its not a religious ceremony, or if it was in the past, it no longer is now. So why can’t Muslims go out and get a Christmas tree, decorate it, put presents underneath it and join in with the rest of the indigenous population of joy and happiness?’

It’s because as Muslims our traditions are different and we have our own occasions of celebrations and festivities. This does not mean we condemn the Christians for celebrating their tradition, (albeit a made up one taken from the pagan religion of Mithraism – google it), we let them celebrate it, but Muslims should not celebrate it.  Even if the celebrations of Christmas today is not a religious celebration per say, it nonetheless has its roots in deep idolatrous beliefs. Does it mean Muslims who choose to celebrate it are committing grave sins like Shirk? Not necessarily, depending who you talk to. There are many Muslims who do celebrate it, strange as it may sound, do so without knowing the significance of their actions and what it means, when told they respectfully choose to stop and no longer continue. Where as others are more stubborn, even if all the religious texts are presented clearly showing the truth, they will refuse to take it and instead increase in celebrating Christmas with vigor more than Christians themselves; Dubai in the United Arab Emirates is a prime example of this nonsensical trend. 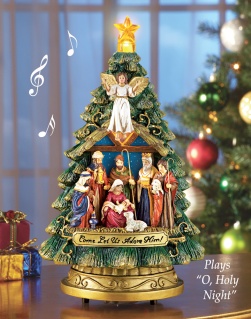 I can understand if children who see, experience and learn about Christmas in schools come home asking questions why can’t we celebrate Christmas, have a Christmas tree or believe in Santa? But this does not mean we should simply entertain their genuine questions and join in with buying Christmas trees, Christmas decorations, place clay-made nativity scenes around the house etc. It is a perfect opportunity instead to educate young children on why Muslims do NOT celebrate Christmas, what Christmas actually means, and where it comes from. The notion ‘we should join in with the traditions of the indigenous people as it is not a religious celebration instead only a festive occasion’ is a ludicrous argument! If that was the case, then Muslims should also be putting up Mistletoes’ around the houses so kissing can go on with anyone and everyone. Why not, since it is not a religious celebration, why not kiss random non – related (Na’mehram) folks who come into the house? (sarcasm)

Mistletoe is a plant that grows on willow and apple trees (and in garden centres!). The tradition of hanging it in the house goes back to the times of the ancient Druids. It is supposed to have mystical powers which bring good luck to the household and wards off evil spirits. It was also used as a sign of love and friendship in Norse mythology and that’s where the custom of kissing under Mistletoe comes from. Yet when it comes to this, Muslims will deliberately choose to leave out the Mistletoe and any other Christmas traditions which they prefer not to embarrass themselves with.  – This is precisely why Christmas celebrations in the Islāmic households or societies should be avoided, it will inevitably draw in many clearly Haram norms of the celebrations as well. Mistletoe,  a small statue of Jesus on top of the Christmas tree, nativity scenes, are some examples. When you begin to go down the slippery slope of ‘Why cant we do this or whats wrong with this?’ And you prefer to go ahead with it despite the overwhelming facts against it, be ready to accept the countless negatives of such an action as well. Simple fact of the matter is since Muslims don’t believe Jesus (peace be upon him) was God’s son, there is nothing for them to celebrate, even though Christmas may no longer hold such religious values, it still holds the deep held belief Christmas is about ‘Christ’, a Christian version of Christ this is why the festival plays no part in the Muslim calendar. Undoubtedly, this means many Muslims who choose not to celebrate Christmas will be labeled or seen by other fellow Muslims who celebrate it as radical extremists where everything in life is HARAM! – a petty excuse, a ‘get-out’ clause to do all things under the sun.

2 replies on “Whats wrong with celebrating Christmas? – As Muslims.”

“a kaleidoscope of confusion facing the Muslims of today, namely an identity crisis due to the large influx of un-Islamic cultural traditions and ideals. ”

you’ve hit the nail on the head with that sentence mashAllah.

“where the boundaries of Islamic ethos are pushed further apart”

That is the key against traditional Islam, a subtle, undetected by most, attack on Islamic ethos.

Thank you and amin