The following remarkable prediction of Syyiduna Ali RadiAllahu anu on current global events and the emergence of the heretical group known as “Islamic” state of Iraq and Levant [ISIL] or better known as [ISIS] is astoundingly accurate and fits like a glove! It is the clearest proof denouncing the group as nothing other a rag tag group of evil henchmen. Many of them who were generals and soldiers of the former disbanded Iraqi Batist party of Saddam Hussain out to regain their former political glories.
This should be an eye opener, especially for the naive, young and easily influenced pre-teens to the young adults who think ISIS is a puritanical group of Muslims trying to establish the true “caliphate”. – Far from it by a long stretch! 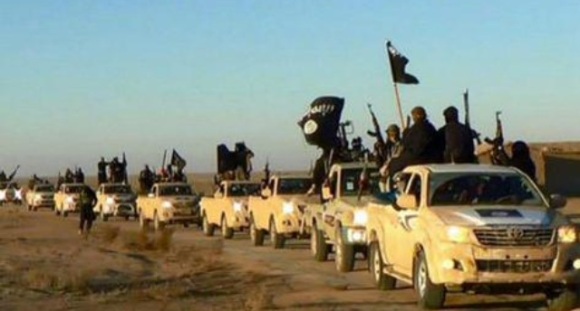 When you see the black flags, remain where you are and do not move your hands or your feet. Thereafter there shall appear a feeble insignificant folk.
Their hearts will be like fragments of iron. They will have the state. They will fulfil neither covenant nor agreement. They will call to the truth, but they will not be people of the truth.
Their names will be parental attributions, and their aliases will be derived from towns. Their hair will be free-flowing like that of women. This situation will remain until they differ among themselves. Thereafter, God will bring forth the Truth through whomever He wills.

People are asking: does this narration by Ali bin Abi Talib (k.)—that is related by Al-Bukhari’s teacher (Nu’aym bin Hamad) over one thousand two hundred years ago in his book Al-Fitan—refer to the ‘ISIS’? 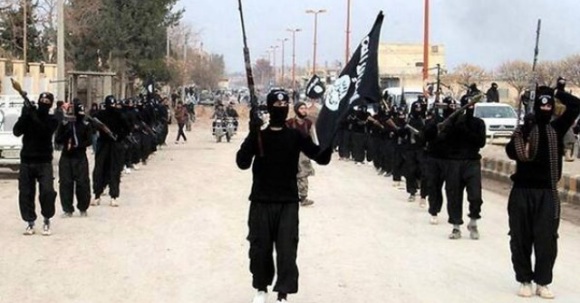 ‘When you see the black flags’: The flags of the ‘ISIS’ are black.

‘And do not move your hands or your feet’: i.e. do not help them financially or with equipment.

‘Thereafter there shall appear a feeble insignificant folk’: i.e. ‘weak’ and ‘insignificant’ in terms of understanding of religion, morality and religious practice.

‘Their hearts will be like fragments of iron’: i.e. they will ruthlessly kill prisoners of war and cruelly torture people.

‘They will have the state’: For almost a century, no one has claimed to be an Islamic Caliphate other than the current ‘ISIS’ in Iraq and the Levant.

‘They will fulfil neither covenant nor agreement’: The ‘ISIS’ did not fulfil its agreement with the Sha’etat tribe after the tribe pledged allegiance to them; indeed the ‘ISIS’ slaughtered them by the hundreds. They also killed journalists.

‘They will call to the truth’: The ‘ISIS’ calls to Islam.

‘Their names will be parental attributions’: Like: ‘Abu Muthanna’, ‘Abu Muhammad’, ‘Abu Muslim’ and so on.

‘And their aliases will be derived from towns’: Like: ‘Al-Baghdadi’, ‘al-Zarqawi’, ‘al-Tunisi’ and so on.

‘Until they differ among themselves’: Like the differences between the ‘ISIS’ and its parent, the al-Nusra Front (al-Qaeda in Syria). The fighting between these two has led to around ten thousand deaths in a single year.

‘Thereafter, God will bring forth the truth through whomever He wills’: through a clear and correct Islamic proclamation

The saying of Hadhrat Ali (radhiyallahu anhu) fits ISIS like a glove. The commentary is very appropriate”.