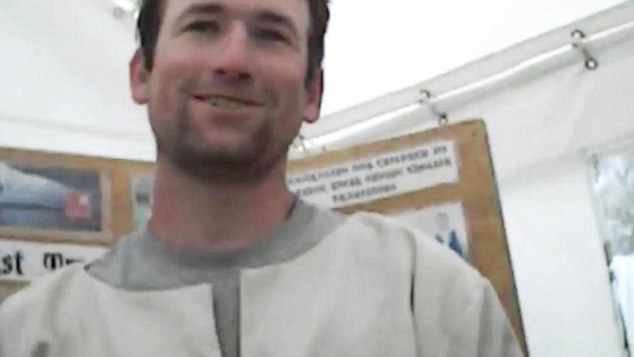 In a very controversial program ITV’s channel 4-styled dispatches programme, ‘Exposure: Charities behaving badly‘, sought to draw attention of the public on what goes behind the scenes in many of the UK charities, which on the face of it, present themselves as the pure, peace-loving charities out there for the betterment of humanity at large, home or abroad. The programme more than anything served to cement many of the widley accepted “truths” of the third sector industry, the charities; It is a multi-million pound industry with fat-cat wages being paid out to its directors and senior staff due diligence or sense of accountability.

Programmes such as ‘Exposure: Charities behaving badly‘, are typical in its fashion of undercover reporters with hidden cameras sent in to uncover the truth in undeniable footage, both in audio and visual, of public bodies, or personalities misbehaving in private or behind the scene and out of the public eye. True to its form, the programme goes to great lengths to present itself as the rival to other famous, truth-seeking, exposé documentaries, like dispatches and others; with its journalists and reporters sent in harm’s way to be faced by  unscripted situations, reactions and possibilities to bring out the truth.

What was noticable from the beginning was the language of its address. It began with ‘The Steadfast Trust’. An English, Anglo-saxon charity seeking to revive many of the disappearing english traditions like celebrating St George’s day. However, it soon became clear it was more than that and had a very sinister underlying ideology running through it. A white supremacists, Far-Right, Neo-Nazi breeding ground. Clearly discussing very shocking and dilearebte views in hope one day it comes to fruition. One its founders and trustee Mr Hawke is shown suggesting ‘Burn the Mosques’ as a name for a group in Chelmsford, Essex.

Then the program moves onto to an altogether next-level Hindu extremist charity, Swayamsevak Sangh UK (HSS), which regularly preaches to young impressionable youth how ‘Islam is the worst religion’ and ‘to destroy the Hindu history is the conspiracy of the Christians’.

The undercover team filmed a Hindu Swayamsevak Sangh UK (HSS) leadership camp leader openly expressing views how Hindu religion was the cause of India’s rapid industrial growth and that the hindu way was the only superior way to life. Then making the youth stand and match in military style martial arts training.

Finally the program chooses to focus on the real meaty part of the entire documentary. The Islāmic charity, Global Aid Trust (GAT) and its affiliation to extremist fundamentalism, anti semitic, west hating, kuffar bashing ideology. great efforts were made with fact anf figues thrown in from the chrity commision website on the misuse of chairity donations generally. Ideally placed when the Islamic Charity, out of the three charitites  is about to be discussed in the documentary. As if to say, the major and only culprit out of the three shown to be misusing its donations for unworthy causes.

Throughout the entire programme, i noticed how not once were the words, ‘terrorists, fundamentalist, shocking, or disturbing’  were being used to describe what the experts saw when the recording of the programme were shown to them with regards ‘The Steadfast Trust’, and the Swayamsevak Sangh UK (HSS). Not to mention the fact HSS did not even express any regrets for expressing their incitement-to-hatred views of Muslims and Islam. As soon GAT, the Islāmic Charity, is introduced as the last of the three crupt charities, then scenes of the most extreme nature of current events are shown, facts about how charities are misusing donations are thrown in, along with plasted scenes of ISIS celebrations in ISIS controlled middle-eastern cities taking place. These are seamlessly sown in to the psyche to automatically link Islāmic charities with funding terrorism abroad. Psychologically embedding the notion of the boogeyman “Islāmic terrorist” to the programme’s intended audience, largely low to middle class white colour working folks. Even before going into what GAT is or what it stood for, the scene has been set. To add to this, when the experts are shown of what this particular Islāmic Charity had to say, or what it’s supposed trustees’ views were, then the usual phrases of ‘terrorists, terrorism, fundamentalism, antisemitic, shocking’ are just tumbling out of their mouths and the common facial expressions are clearly visible on their faces; abject told-you-so attitude, shock, condescending, distrust, and annoyance, the usuals when it comes to discussing muslims.

Another fact to bear in mind is, how the programme chose to end after ‘exposing’ the Islāmic charity, leaving the last to the best, intentioanlly allowing people to go away with the ISIS style, flag waving, finger-pointing, raving and anti-semetic muslimz, ringing around their heads. Nicely cementing the on-going narritive of Islamic Terrorism and growing fear of muslims and their ‘Muslamic ray guns’ – 😉

To prove this point further, the Telegraph first covered this programme and what it would discuss on its  internet edition on the morning of Tuesday 18/02/15. However it chose deliberately only highlight the Islāmic Charity out of the three charities, which the programmes covered. Naming it,

Islamic charity under spotlight after being accused of promoting extremism

With images of muslims and GAT trustees print rolled all over the article. Steam rolling ahead the widely accepted view of evil and backward muslims. Only on a side note, did it mention about the other two charities involved. As it to say, ‘O yeah, by the way, there were two other non-Islamic chairites also covered in this programme. But, that doesnt matter here, its the “Islamic” ray-gun firing, charity, we must be weary of and allert to at all times these are the real dodgy people amongst us’.