Shaytan always mirrors people who do good with his version of evil. A man who will try to lead others to righteous deeds and the establishment of sunnah in people’s lives. Will have in his opposition, a man who will call people to evil, immorality and vice.
This is the case with the new reincarnation, in a long line of reincarnations of Pharaohs to rise in Egypt. The latest pharaoh, President Sisi, who was a newly appointed field-Marshall under the democratically elected President Morsi later forcibly evicted out of office by Sisi himself.
However, this is more than the usual feats of dictatorial coups which has become the fabric of middle-eastern politics. Sisi’s vision of Egypt is a stack difference to what Morsi, his predecessor had envisioned; a fair, just and an accepting society. President Sisi plans to create a secular Egypt. An Egypt which completely alienates and separates Islam from all public life. Only that, under Sisi’s rule, going another step further and changing some traditionally held authentic values of the Muslim world. Sisi’s rule is more akin to what Ataturk in Turkey wanted to achieve; the complete overhaul of Islam adding a mixture of the secular understanding of freedom, with the traditionally valued and much loved Islamic principles. This is the vision of an “Islamic” Egypt under Sisi: 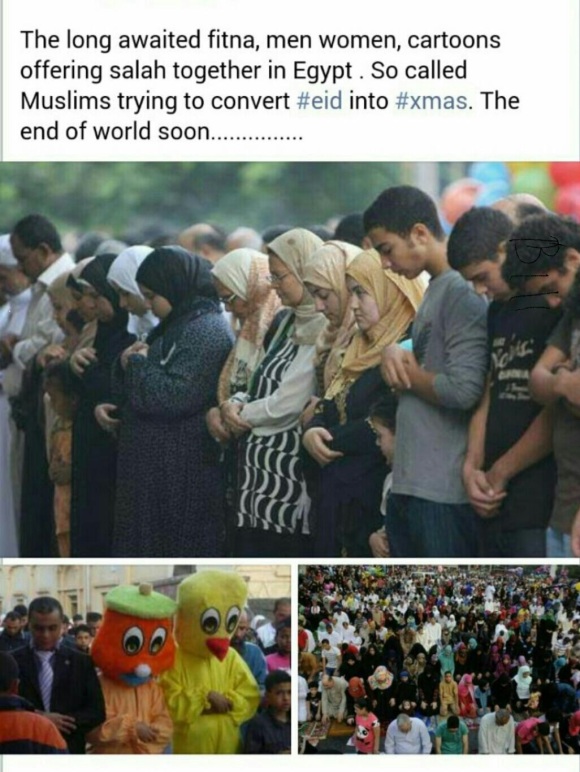 Sisi’s activities are more similar to Ataturk and what he tried to do, and successfully did, to a certain extent, in Turkey. Which is to throw out the old “version” of Islam an replace it with one that gives room and ‘halalifies’ the consumption of alcohol, of hijabless women in low cut gowns and skirts and the separation of state and religion. The picture above speaks a thousand words on attempts being made globally to change the interpretation of Islam and bring in a more modern version. An attempt in which if anyone is found to stand in the way will be labeled as a terrorist and then shackled away in a long forgotten prison to starve and then rot to death.
It is an undeniable fact, Islam cannot be confined to the ritualistic dogma of the christians and Jews. Islam can never be reduced to the empty, lifeless carcass as it is with other faiths. However, what can be done, and is being done, is to try and fundamentally change people’s understanding and acceptance of the Islamic faith. Make them question the 1400 year old interpretation that has, not only shaped the Islamic world, but the non-Islamic world as well for hundreds of years. What is happening in Egypt is not the first nor the last. It is a new attempt being made to play an old game. What we are seeing is the downward spiral of Egypt’s standing as the centre of the Sunni Muslim world into a country reflecting the breath and image of modern day Turkey; Women and men westernised to the core, men only being moved by the sounds and dictations of the dunya and deep in the abyss of the meterialist world. Far removed from the concepts, concerns and aspirations of the pious men of Allah.