Often times what cements a person’s image as ‘the holy one’ is not the principles by which he stands but a more bizarre series of occurrences. In the Indian-subcontinent it is not uncommon to hear stories of a ‘controversial’ person appearing in a vision and being seen as a pious man with high spiritual value. This throws into disrepute any reserve or critical views anyone may have had of him. -Even if it means the boundaries of shariyah being clearly violated. These concerns of the controversial figure are sidelined to make room for his new image, that is of a “saint”. – An image superimposed by the malarkey of visions and dreams.

One of the reasons why fake peers or spiritualist enthusiasts gain worldwide fame is because of their abilities to monopolise over people. To close any criticism of their unruly activities or silence their foes, all that is required is to make sure people hear of their spiritual rank through the means of deploying visions of piety and sainthood to the ears of the masses. As soon as a layman who spends his days working the fields of wheat and barley hears the incalculable spiritual rank of the controversial figure, he is won over. Now any notion of the newly honoured “saint” doing any diabolical acts against the limitations of shari’ah, will undoubtedly be shut down without thinking twice.

Humanity’s greatest fear has always been the fear of the unknown. What will happen if I hold views contrary to popular demand? How will people receive me? Even if it means that established fundamentals of faith are left to rot, people will not dare to speak up against someone who has been seen in a vision to hold an esteemed rank of sainthood. What constitutes being a saint is no longer important but the fact that he or she has been seen as a “saint”. Our downfall as an ummah is not entirely because we have moved away from deen, but it is because the few who are on the righteous path are weak on their foundational beliefs of Islam. In occurrences where an apparent controversial figure has been seen in a dream or vision holding a high station of piety and spiritual value, this automatically demands any reservations held against the him to be washed away. He then becomes a blameless and almost sinless person (astagfirullah) in the very eyes of the reservists, those critical of his actions before.

This is why entering into spiritualism, or tassawuff as others would call it, without a solid foundation of Aqeedah and fiqh can be very damaging to a person’s psyche. It will throw everything in the air; a persons beliefs, values and principles. As soon as he hears visions of spiritualist dogma. Many people have fallen victim to atrocities being committed and stayed silent as the dark cloud of evil swept over them. Simply because they had been led to believe that such vile acts of harassment and torture could not and should not been seen by them as ‘evil’. Simply because the holiness of the perpetrator had been marked out in a vision of him being seen as a “saint”.

The beauty of having a sound Aqeedah and understanding of faith allows one to actually see a person for who he is. That, no matter how saintly a person may be seen in a vision, if his actions in the physical world contradicts the limits of shariyah and sunnah. He is no saint of God but is in fact a saint of the devil! In turn, it allows him to be free from the hold of these vultures who pray on innocent spiritual children. In many respects people who are fake peers/controversial spiritualists are in fact spiritual pedophiles. Since majority of people are only small children in the spiritual world.

It is reported in the books that nizam Uddin Awliyah (or some other saint) wanted to stop people from listening to music. Once he came upon a person whom the locality considered him to be a saint, a very pious man. The “saint” in question asked Nizam Uddin Awliyah, who was a real saint, ‘So, you want to stop people from listening to music?’ He (nizam uddin awliyah) replied ‘yes that is correct’. So the one assumed to be a “saint” said to him , ‘okay what if I showed you that I am allowed to listen to music, in the spiritual world through a vision? What if the pious people of the past come and give me authority to continue what I do? Would you allow me to continue listening to music?’
The great man of Allah, Nizam Uddin Awliyah immediately answered; ‘I do not care what you are told in the spiritual world. As far as I am concerned the shariyah applies to everyone. This take the sole position of authority over what is right and what is wrong. Now I know the shariyah says no to music. So you are not allowed to continue!’
SubhanAllah look at the resilience and endurance of the great man. Even in the face of subjugating opposition. He stood strong to the values of shariyah and sunnah.

Unfortunately, today the tables have been turned upside down. As soon as a person brings in spiritual visions as authority to ensue or continue their demonic actions seemingly in the guise of piety, all the rightly held reservations and condemning voices for the unislamic acts carried out are silenced! 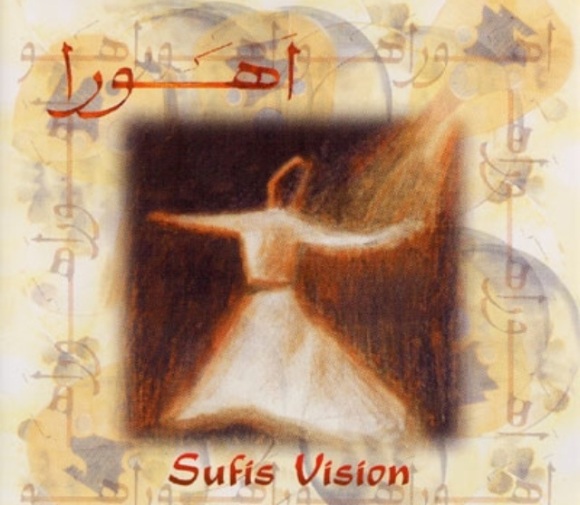 4 replies on “When fairytales are seen as realities… In the eyes of naive Sufis.”

Fortifying the strangling beliefs of sunni Aqidah is rare even within the Sunni schools of thought. The one school I know which is trying to reassert the doctrines of correct belief is the deobandiya school of thought, from which I come from.

keep up the good work akhi..love the articles..may allah reward you immensly! ameen.

JaazakAllah for your words of encouragement. Are you brother Omar from Rochdale?

Are u a real sheikh?