What sets apart established forms morality, truth and clearly defined principles from that of repulsive personal definitions of truth & piety, is the governing scriptures that form the foundations of a society. Be that a secular society which shows open hostility to religion or otherwise.

Manuscripts, more importantly Islāmic manuscripts are the only few universal codes of ethics, handed down from one generation to another, which are accepted as the complete essence of truth and justice; the complete definition of what honesty, integrity and liberty stand for. Generally when humanity had fallen to the depths of darkness, covered by the blanket of sin and disobedience it was the religious scriptures which were the rallying point to which humanity had a chance to redeem itself. The individual in the equation, the one who said I’ think this and I believe that, was cast aside and Allah brought forth what he azzawajjal wanted people to believe in.

A day or two ago, I had the good fortune to realize how in amidst a simple discussion, people’s tendencies to enforce their opinion on others of what they define to be seen as truth, is never far from being used in every way possible. Some are more direct than others, where as others are more indirect at doing this than some. The people who try to play the pseudo-religious authority are foremost in this indirect approach than anyone else. They will go to great lengths to persuade people how spiritual harm or some form of religious deprivation can occur should anyone have the audacity to go against their poignant views. In among them are also the Neo-Sufis who like the see themselves as the complete authority to truth, law and order. I have a good share of interactions with such people on a daily basis, where if valid points in a discussion are made, backed by shariyah, then a personal rendition of spiritual warning is thrown in by the opposing person. Just for good measure, and to make sure the person with another view sees the error of his ways. For example comments such as:
“In all honesty brother, am too scared to comment on the matter. Other than that we should be careful with our choice words”.
Typifies the abrasive state of neo-Sufis, who see themselves as carrying a god given birth right to speak of untold harm awaiting to fall on anyone who dares to speak otherwise. What strikes me more than anything else is the fact that, naïve and fragile people of mind, body, heart and soul are often won over from making any differing views. Who often times become victims to this vile act and are traumatized in some cases from speaking up or airing their views. In fear that to do so will undoubtedly invite catastrophic harm towards them.

Recently, I had a discussion with a group of people on how it was inappropriate make allegations that the British royal family had prophetic blood. 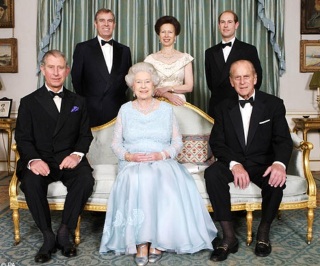 The blood of the best of families, the best of beings, our prophet (sallahu alihi wasallam). Simply because it allows a dark belief to grow within the very soul of a person. That, any action they (the royal family) may do is somehow free from criticism or distaste because they have prophetic blood running through them.
Moreover, allegations like this allow to room for Shia beliefs to grow in within people; only the Ahle bayat have the right to rule.
As with everything on the net or the virtual world. Hardly anything is authentic or correct. Even if it is, it will not be any different to what is already known as being the truth; there is no concept of royalty in Islam!

These sorts of allusions are alien to Islāmic beliefs and ideals. The Christian kingdom has a long history of intertwining royalty to divinity. That, the kings and queens of England, the then known world of Christianity, were appointed to rule by God himself. This allowed an unquestionable loyalty from the peasants and subjects of England. Every inhabitant of the country was led to believe that God had given the kings and queens of England legal backing to rule. Far from seeing it as a man made institution to rule, possess and oppress people into subjugation. The uneducated, average person of the country, working the fields of wheat and barley believed it was part of religious doctrine to let the royalty have unrestricted control over power and ownership. In return the royalty lived like Gods (astagfirullah), they had they ability to do as they please and say as they pleased.
Insecure Muslims who look to link any bizarre story of the British royal family to Islam should look elsewhere. The British royal family have a long documented history of pagan worship, inbreeding and other ghastly shocking truths! Those who like to believe that somehow prince Charles has prophetic blood running through him are akin to believing the 17 and 18 century Christian beliefs of royalty having divine authority to rule.

In Islam there is no concept of kingship. Instead we as Muslims have the prophetic ideal, the prophetic model given to us and set up by the sunnah and shariyah that we should try to follow.
This is knowledge is clear in shariyah, there is nothing to be “scared” of, as neo-Sufis like to add for good measure. For the record, any harm and benefit is in the hands of Allah and no one else or nothing else. Scaremongering people into believing your point is authentic and ‘the’ standard of truth is not a clever move to make. It only shows the ignorance a person has.

One thought on ““The British royal family have prophetic blood” (supposedly). A cause for concern or celebration?”