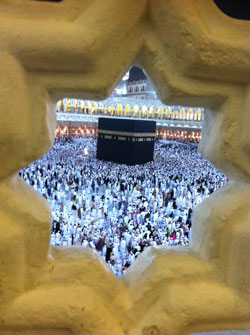 Everything has its place and reasons behind it. As Allah (swt) says in the Quran. To us, it may seem that there are many creations which do not seem to have a purpose. This is a statement which the kuffar make. Since they believe that the creation has no purpose and it simply appeared one day.

– Allah says two things about other creations:
1) the rest of the creations (animals, plants, trees, sky, sea, mountains etc) worship & know Allah.
2) The second purpose for them is to serve us humans! – the plants, animals and the earth etc.
We learn from this that they have not merely been created to serve Allah but humans aswell. Yet despite the dual responsibility they are fulfilling their rights to Allah. – worshipping him without fail.

– if the humans have been able to work on the earth and create wonders out of it. All the technology and utilities we use everyday. Then imagine if that same human works on his heart what stations and good things he can achieve. – we can see this, look at the awliyah and the saliheen. Look at the comfort and peace they are in with Allah. Every stages which is to come for them there after will only get better (in the hereafter). As one of the highest reward in paradise for the pious will be that they will be able to do the kidmat of prophets.
Allah says in the Quran that the other creations are there to serve us and yet we have taken them as our superiors and support. Giving them the place/station which we should have given Allah. It is like we have given our employees the role of being the employers.
– one of the names of Allah is ‘as – samad’ which means he does not need anything or anyone, yet the entire creation needs him. The disbelievers will be worse than animals on the day of judgement. On that great day, when they will see the animals being demolished and becoming dust/nothingness. The rebellious people will say ‘o Allah we want to die and be like them’. But for them there will be no death!
– heavens are the qibla for making dua. Just like kabah is the qibla for offering our prayers.
So when we raise our hands to make dua, it does not mean Allah is in the heavens.
– Just like the kabah is a direction, a qibla for prayers. The heavens are the qibla for dua.
To understand what is taqwa, just imagine that you have been sent back to this earth after death for one day. After which Allah will call you back to him. Now imagine how you will live life. You will be very god-conscious in your activities. Even in your work/social life and family life.

-The devils are already taking the good deeds from us. All the hard efforts we had put in during Ramadan, it’s being taken away by the cursed one! He is already affecting many of us. However, the strong will be and are feared by the devils! As they can see the light of iman, this causes the devils to leave these pious people. Like it used to happen with Syyiduna Umar (ra), the devil was scared of him!
One of the mashaykh told a story to his child/student one day.
He said ‘inside the human body, there are two wolves. One good and one evil. They keeping fighting with each other’. His children/students said ‘which one wins?’ he replied ‘the one you feed more’. – These two wolves were referring to the nafs and the soul. The food for the evil wolf is the bad deeds and the food for the good one is the good deeds.