1) – Abu hurairah (ra) said: I heard from the prophet (saw) ‘people who leave the fast of Ramadan intentionally. But later realise their mistake by doing tawbah and think ‘I’ll make it up by keeping fasts all the year’. This action will still not be equal to one fast in ramadan nor will they get the closeness to Allah as he/she would have got from fasting in the month of Ramadan’. (Paraphrased hadith)

Then he (shaykh Ahmad dabbagh) mentioned/reminded people about the Hadith regarding kinnah (deep-rooted hatred, despising people) which can be read here: https://mybeliefs.co.uk/2012/07/25/7-types-of-good-deeds-for-which-allah-rewards-a-person/

2) – Hazrat Abu hurairah (ra) said: people who leave two habits their fast will be protected.
1) Talking/spreading falsehood
2) Backbiting
– in essence the sins of the tongue.
Reported by imam mujahid.
Many of us struggle to leave behind the sins of the organs. Especially the sins of the tongue. This is why in many houses one does not feel it’s Ramadan.
– Remember, in Ramadan the big jinn shaitan are locked up and not the human shaitan or the personal shaitan which stays with a person day and night. This is why although its unfortunate to say, people still commit evil and rebellious actions in ramadan. Secondly the nafs of the human beings are always attached to a person It does not leave them even in Ramadan. This is why the prophet (saw) said ‘leave fighting/becoming angry in Ramadan. Those people who provoke you tell them you are fasting and leave it’. (paraphrased hadtih)

The scholars and the mashaykhs have said, those who scream/raise their voices and curse others in the masjids, are weak people at home. It is a sign that the people of their household do not listen to them. Their wives go out of the houses without hijab and their children do not listen to them. Since they have failed in their homes, the only place they think they’ll have influence is in the masjids by shouting and cursing!

3) -Abu hurairah (ra) said ‘if someone has broken his fast in Ramadan. – committed a sin with the organs of the body for example.
Then he should immediately do tawbah and keep his mouth shut for the rest of Ramadan. He should also go and seek forgiveness from the people he has hurt. If he wants to bring a valid fast with him on the day of judgement. Written in his books of deeds’. 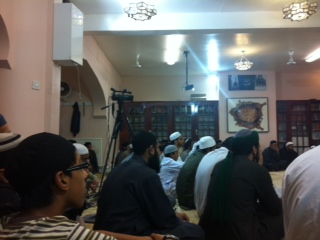 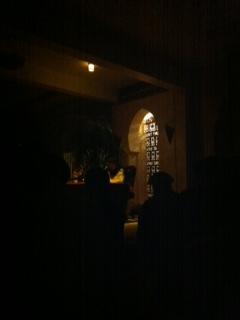 – during the enlightening Dhikr