Attacks on Tassawuff and traditional Islam from within!

Over the last few years and especially the post 9-11 era. There are increasing trends emerging within the ‘western, traditional Muslims’. By that I mean the people who see themselves as the torch bearers for traditional Islam in the west, as understood by our pious predecessors. That being, the people who practiced and taught the way of the awliyah and the saliheen. Tassauwff, or more commonly known as ‘Sufism’ in the west.
Shaykh Hamza, Imam Shuwaib Web, Imam Zahid Shakir, Sidi Usmana Conon are amongst some of the names, whom have become synonymous with western Islam. Seen by westerners as ‘Muslim celebrities for practicing Muslims’. With few mainstream media outlets even labeling them as ‘Muslim rock-stars’. They have gone to great lengths in bringing Islam to the western audience and populace at large. With institutions being opened throughout the length and breadth of America. As commendable and highly praiseworthy their actions are, unfortunately it is taking a turn for the worse. In the recent few days and months I have seen the language of address they choose to use, take a more liberal and laxed approach. These ‘luminaries’ seem to be taking an ‘open-arms’ approach. Where they are trying to thread many of the western ideals of ‘modernism’ into Islam.
The ideas long taught and cherished, for example taking a shaykh as a guide is being stretched and somewhat pushed to the sidelines.

In an attitude that, it is not necessary to have one. Shaykh Hamza in one of his soon-to-become, viral videos on YouTube propels the idea of ‘living free and self-accountability’ (the last few minutes of the answer). He says ‘as westerners we are traditionally found and proud of our ideals of liberalism and freedom’. (paraphrased).

– Hamza Yusuf’s Views on giving bayah to a shaykh

He then uses this notion to highlight how (in his opinion) he thinks we should not really give bayah (allegiance) to any REAL shaykh, a man of Allah. This is not the only time such attacks on traditional Islam has been made, from within the so-called ‘traditional-shuyukhs’. The ‘hippy-type’ attitudes which are fast being adopted by these influential Muslims, of ‘live and let be’, is being used to make Islam appeal to the non Muslim, middle class, western white-man. I have heard on a number of times the topic of gender segregation being brought up within their circles. With the concept of a physical barrier existing between the two sexes, being alienated. Usmana canon, who looks like a ‘r n b’ artist, more than a respected ‘traditional shaykh’ discusses with imam Shuwaib web, an Al Azhar University graduate. (Another shaykh who has taken a dramatic change in his dress code. To that of a ‘white-kid-off the-block‘, look. With huddies and jeans, and a ‘pencil drawn’ beard). Both discuss in a room filled with both sexes sitting together, the idea that a barrier between the genders never really existed within traditional Islam/Muslims.

Another of the stain that ‘traditional Islam’ is being dragged through by these neo-Sufi, ‘hippy-happy, tree hugging shuykhs’ is the concept of pushing out the idea that dress in Islam does not define what is sunnah and what is not. A person can dress in western clothes, a t-shirt and jeans with an almost next-to-nothing beard will still be classed as following the sunnah way of dressing. Which will in turn still class you as following the sunnah. Ironically, of the ways and paths of the awliyah and the saliheen. Whom contrary to their cooked up beliefs, dress in the exact replica of the sunnah in thobs and turbans. A stack contrast of appearance to what is imagined by the neo-Sufi camp. These shuyukhs are propagating the message of ‘leave behind traditional ideas and accept a more modern approach to Islam’. In which you can have a next-to-nothing beard and still be seen as a ‘luminary’. A ‘bend-over-back’ type of Islam. Where every values and principles Islam stands by is either being manipulated or discredited as being archaic and ancient.
What is clearly being molded is a western version of Islam, as opposed to the actual Islam and sunnah practiced by the vast majority in the Muslim world. Where the values of seeking a spiritual guide and the need for traversing a spiritual path is seen as the most important thing for a Muslim. As opposed to it being pushed back here in the west. Simply because it is seen as an affront to a person’s ‘dignity and freedom’. For many centuries, traditional Islam has been under constant attacks from the right-wing extremists of the Muslim ummah, the ‘salafies’ or ‘the wahabiyyah’ as they are known by the non-Muslims. It now appears within the Sunni school of thought, attacks on traditional values and ethics are being made. The left-wing influential Muslims are beginning to take the sides of the right-wing extremists! This enemy from within our midst, is a far greater danger to the very fabric of ‘traditional Sunni Islam’. A cancerous disease which is infecting more parts of the body of Islam than anything else.

The neo-sufis’ are coining a new version of Sufism which is completely alien to that of our predecessors. In which both the sexes are allowed to mingle in, sit together, hold hands and sing along. Some characteristics which are very similar to the ‘new-age, end-of-time’ cults propping up all across America. An idea which says ‘remove the barriers, remove the modest dressing and introduce the skin-tight shirts and pants. Let the women and men sit together, loosen their hair from under that hijab. For we all are God’s children’.

For centuries it has been an established fact, that let alone the message of Islam, the sunnah and its ideals are not to be changed or even tampered with. 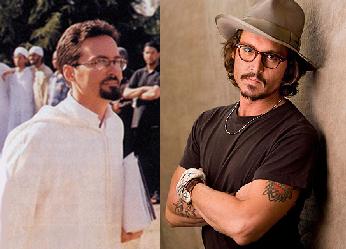