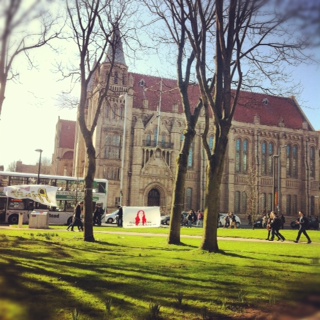 As a blogger i am well aware that people have fast paced,high-speed and action packed schedules in their lives (or so they say). With this in mind, I also know people just don’t read as much as they used to, compared to those from my father’s generation for example. We simply prefer to idle around with our ipods, ipads, and any other ‘i’ gadgets in our hands and lazily see our lives away.

So, this is going to be a succinct and to-the-point note. Created for those of us who just can’t be bothered reading too much.
Why is it that you see a person who used to be very strict and pious simply pack up and leave one day? One day he just decides to stop doing what he does and becomes less and less practicing overtime? A person who used to be very rigid and strict.
– From implementing shari’ah and sunnah to the highest degree. But, now over the past several months is slowly taking a ‘U’ turn to being the opposite of piouty and righteousness. There are two types of people who go through this.

Those who suffer from this state, suffer from something I like to call “post-traumatic religiosity” This a stress syndrome where a person ‘burns out’ his/her religiosity and returns back to the old ways as there
is no more energy left in him to do much.
The individual displays an “I’ve been there, done that” attitude.

The lone sheep is the individual who one day decides to become pious after listening to a lecture on YouTube or elsewhere. He/she begins to offer salah, and over time begins to implement sunnah aswell. However, it does not stop there. He tries so much to act on all the optional acts of worship aswell. On top of all the obligatory ones, and the sunnah. Which leads to over-burdening himself. This makes his nafs (ego) rebel one day against him and say ‘that’s it! enough is enough. Im done with piouty and wanna do something else. This has become boring now’.
– He then starts to decline again. The wolf (devil) savagely mutilates the lone sheep.

The second is the addicted self-rightous man/woman.
This is where an individual who has been part of an organisation for a great number of years slowly begins to think his organisational efforts will suffice for him/her. From having to do the obligatory acts of worship. He/she becomes addicted to his organisation and thinks ‘how great I am, being part of this organisation. Doing this or that for our religious organisation. God must be really pleased with me’. Usually, this is a phycological mind frame. A train of thought which builds up over time and not immediately.
This then leads him to display condescending attitudes to others. Looking down on others and displaying self-righteous attitudes. Where he sees everyone else being hell-bent on being evil and he is the only saviour for them. Salvation which can only be achieved through his organisation and none other. He then goes out of his way to find opportunities where he can put down other religious organisation and undermine them. To find faults with them and reducible them where possible. Gloating of the greatness of his organisation compared to others. Over time the individual emotionally and physologically becomes tired of playing this game, which takes a toll on his religiosity. Where his prayers and others duties begin to be affected. Neglecting basics over the optional duties of his roles within the organisation.
There are other types of people who ultimately end up on the same square of neglect and boredom of religiosity. These are the;

– The visionaries; Those who think because they see visions/dreams of the future/the pious people/the saints/the prophets, they are on safe grounds from being lead astray. That, displaying a self-rightous attidue and as a result missing the obligatory acts of Islam, for example the prayers or being lazy in offering them, will still merit them entry into paradise. Just because they see visions/dreams of pious people.

– Self proclaimed Sufi; The person who prefers to give preference to optional acts of worship over obligatory ones. He is far more upset in missing his prescribbed ammals (deeds) by his teacher than missing his prayers!

– Being linked to a grand spiritual shaykh which leads to,
– The ‘pir’ backup/help syndrome; where an individual displays an attitude/mind frame of thinking that ‘My high-level spiritual shaykh will help me out in the hereafter. If I fall short of good deeds, or fail to pass any questionings. He’ll be there to lend support.

– The intellectual/academic; who thinks he can bend the rules of shari’ah inorder to make it more appealing & ‘modern’ to his intellectual friends.

All these categories of people fall short of one important ingredient for a healthy spritual life. Which leads them down the slope of destruction. To begin with, it is extremism. They go to the other extreme and secondly, they dont have a balance in worship. There is an age old saying which goes “to much of anything is not good”. This holds true even in religioucity. To maintain a healthy level of spirituality you have to take a balanced approach. Take the dosage of medicine from the dunya & the hereafter. Enjoy life in its acceptable and legal (halal) manner. Don’t shun even what is halal by shari’ah in hope of reaching a higher spritual state! This will lead to disaster.
All the above is a note from experience and observation. Over the last several years I have and continue to see people (including myself) display these traits. We should realise the paths we are taking before its to late!