Notes: from the discourse on the Monday 12th September 2011

The root of all sins.

1) When a person goes to the physician or a doctor. The person may go for one reason but the actual reason maybe something else. For example, a person may go to the doctor complaining of headache. When the doctor might say it is becuase of flu. Where as someone who goes to the doctor complaining of a flu might be told the actual reasons for his persistent illness is due aids or cancer.
Likewise we find the same situation is in the quran. Allah (swt) mentions the different evil things which the previous nations did. For instance the people of thamud, who were very deceptive and used to fraud people. Although the quran has the solution for every illness, it gives general solutions on the apparent causes of the disobedience to Allah. Only when you look closely then you see what the actual cause of the illnesses are. – Just like the doctor looks for the causes of the flu and headaches. Allah (swt) also mentions in the Quran what the actual cause of the disobedience of humans are. The underlaying reason is becuase of the love of dunya. The love of dunya people have in their hearts. – this is the root of all the sins and disobedience people commit. The Quran also mentions the actual
reasons of the pious people’s deeds as well. The underlaying cause for their piety is their detachment of the dunya.

2) If you have the love of dunya or a slight inclination of it, then know that know that you are on a course to destruction. Take a hold of yourself and change before it’s to late.
Ali khawas (ra) said dunya is the daughter of shaitan. Once a person marries her then he (shaitan) will visit you frequently.
We often think there is nothing wrong with love of dunya. However, when a person goes into the world it completely deceives a person. – the dunya shows it’s true colours.
– The dunya is like a room filled with filth, and the love of dunya is the door to this room. Once you open the door all the filth will come towards you uncontrollably!
From politians to sudo-pious people, all are doing things because of the evil disease of the love of
Dunya. When one examines their motives the love of dunya is the underlying reason. There are many people who sing nasheeds only for money.
A person who gives charity only does it for love of fame and dunya for example.
– behind the scenes the intention for these people is to attain as much dunya as possible. Almost everyone is involved in this from me to you to the highest people of the land.
The prophet (saw) said one of the 3 groups of people who will be called on the day of judgement will be a person who used give often to the poor. However, when he will be called, he will be thrown into hell. As his motive was only to get the dunya and fame not because they wanted to attain the pleasure of Allah.

3) Once syyidina umar (ra) visited the blassed prophet (saw). He saw that the prophet (saw) was resting on a palm fiber bed. On a pillow which was also stuffed with palm tree leaves. He (saw) got up noticing the companion umar (ra) coming towards him. When he (saw) got up and umar (ra) saw the marks of the palm tree leaves on his back. There was also in the bare room of the prophet (saw) a newly layer out leather. Which was immiting very bad odor (smell). Umar (ra) asked the prophet (saw) “o prophet does this awful smell cause you discomfort? Ask Allah that he increases you in provision so that you can live like the kings of the Persians. They are disobeant to Allah but still are living in luxury”.
The prophet (saw) replied” o son of khatab, are you still in doubt that Allah will give the believers greater blessings in the hereafter? Know that although they (the kings) have the dunya they will not have the hereafter”.
– the lessons for us is we should not assume that merely becuase a person has great wealth he is close to Allah for example prophet ISA (as) was very poor yet very close to Allah. Nor being poor is a criteria for the closeness to Allah, like syyidina sulaiman (as) was very rich yet a prophet of Allah. The
Only thing that determines your closeness to Allah is by how much taqwa and piety you have.
– when we face the tests from Allah, this means that particular test is meant for us. As we can pass it with our abilities we have been given by Allah. He (swt) does not give a test which is not bareable to me and you. According to our level of iman, this is how high our tests will be. This is why the prophets have the highest level of tests.
– imam ghazali said if you want to put your affairs in order. Then know that, not having the love of dunya will be your most valuable asset in helping you to get things in order.
Secondly, he said the most biggest obstacle to this (being successful in the world) is the love of dunya. The love of dunya has two aspects which are:
1) love of fame
2) love of money.
These two things make the “love of dunya”.
– it is for these two reasons the evil people travel the earth seeking wealth and honour.
When a person gets into this shaitanic trap then he no longer looks at the haram and the halal. He will do whatever to get money and fame!
people who are involved in this then no longer see the difference between the halal and haram. – he does not feel that he is doing anything wrong. When a person becomes like this then he is only calling one thing towards him. – that is the wrath and the anger of Allah!
The only way out is to attain the pleasure of Allah. This can only be done by displeasing your egos. If anyone wants to attain the pleasure of Allah yet he still wants the pleasure of his nafs. He will not attain the pleasure of Allah.
– if we sacrifice the pleasures of our egos for the pleasure of Allah in this world. Then Allah will please us forever in the hereafter, in paradise.
This is the only way we can give pleasure to our selves. Since, what is the pleasure of a moment compared to the pleasures of eternity.
– when you reach a stage in your life in which you see that you say things like “there is no need to do this part of islam, and I can still be a Muslim”. Then know that slowly shaitan will eat/take your islam away. As now you are in a state where everything is secondary to you. On our egos everything is hard. So nothing of islam will remain since everything of islam is hard on tbe egos.

– the signs to know if you have become a shaitan.
This is when you begin to motivate others to do evil and disobey and go against Allah. 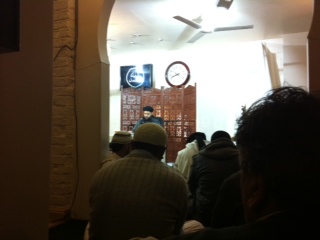 The root of all sins.pdf
Servant of Allah.