Someone a while back gave me the link of one of the rappers who has become muslim, namely, Loon. 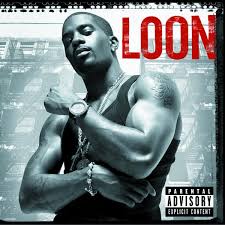 With great excitement and celebrations the word was spread around. Quickly picking on the news were most if not all the islamic forums on the net. For me, it was a good news, as there is now Alhamdulillah another person who has been blessed with the dheen. However, what struck me the most was how quickly the ‘pop stars’ manage to leave all the status and fame they once drooled over. For instance, it is  amazing  to know someone like loon completely leaving the music industry. Generally speaking, once the celebs become muslim, the bread or the hijab comes out and mashaAllah they become even more stronger than the practicing muslims!

Some even to the end up giving out fatwas (judgements) against other muslims, as to who is right and who is wrong. unfortunaltey, the reality of all the ‘celebrity status’ once they enjoyed comes back to hunt them. For some it maybe a year or two, or for others it maybe a few years of practicing the deen – strong, steadfast and ‘happy’. Unfortunately though, this (the steadfastness in dheen) then slowly begins to drown with the constant pull to want to enjoy the fame once enjoyed.  I remember back in the 90’s when Yusuf Islam was producing the pioneering ‘islamic nasheeds’. It was a relief for the ears, a chance to hear something refreshing for once. A new standard amongst the old, filthy, clouded atmosphere of music. His nasheed were a breath of fresh air, a new hope that islam could be enjoyed in the western world. However, as many of you probably know by now he has gone back to his ‘glory days’. Singing and to some extent, dancing with the flow of the music. This is an unfortunate state where many of the celebraties who become muslim are plunged back into their previous state of affairs. although they try and  justify their actions with islamic coatings it is clear how the actions they are doing or do are contrary to the dheen. With Yusuf Islam going back to the music industry he has  opened the gate and flooded the ‘nasheed industry’ with ideas of how one can still be a singer/songwriter aswell as be a practicing muslim. Dawud Wharnsby Ali, Sami Yusuf amongst others, have taken up this idea and also followed their senior, that is Yusuf Islam back into the limelight of singing and entertaining.

In my opinion, one of the reason this happens is simply because the ‘celebrity muslims’ take a dramatic stand and in one massive effort they stop all the previous lifestyle they used to lead. This is somewhat the reason why they end up going back to their old ways of . The dramatic urn of events leaves them tramatised in one respect as at time when they, at quiter times look back at their previous lives, the ‘pull’ experienced is unbearable. Which as a result leads them slowly back to square one.  The change should have been in gradual steps. What this will enable them to do is slowly and gradually build on their iman, learn more about their new way of life and hence be ready to take the complete change. when one tries to change in one go, he in one sence is unaware of the consequences in the longrun and therefore in the majority of the cases returns to the game from where he/she left off. With this said, another reason is that everyones nafs (ego) is a thing far more dangerous than the devil himself as he was also a victim of it. When the nafs is at its strongest it will not head to stop at anything but get what its out to reach. Drawing on the same lines, when a person, espically a famous person becomes muslim for a moment the nafs subsides therefore the complete change. Nonetheless, when it reemerges and is at its strongest, the sensation of the ‘days’ of the past is strong enough to start the process of going back to the golden days that he/she once had the privilege of.

interesting points expressed there. i take it that yusuf islam is main stream now again?

You cannot condemn Muslims for simply singing or even dancing in and of itself – there are forms of both that are allowed and this is proven in ahadith.

The question is if their new music contains anything which is haraam. If it doesn’t, then please don’t criticise them.

If it does, focus on the specifics. Til then I will assume the best of them and think that their actions are not unIslamic.

I do know that Yusuf Islam avoided music altogether for a couple of decades because he had been told it was haraam, and then that there was doubt. It was only after doing his research into the matter that he had convinced himself that there was nothing wrong with what he would do that he picked up the instruments again.

I doubt he simply decided to give up decades of hard work to cash in or to remember his glory days – it is more likely that he researched the issue and found that what he is doing is allowed.

Well, i have also heard of Yusuf Islam’s views on this. He has based his view from the idea that Muslims in Spain during the khalifate of the ottoman empire introduced music as a form of expression of the social injustices creeping in the andlusian way of life.
He bases the argument of the fact that there were many ulema present at the time who kept silent when the issue was raised – of music.
As in in islam nothing is haram until proven otherwise.
I see your points here but, one has to be clear as to whch areas these musician error. Too mug music? Evil words?

A rather judgemental, if not actually condescending, article.

These are samples sentiments of a large number of Muslims who can clearly see the change in trends.

“In my opinion” is not a good reason to put down a most excellent muslin, Yusuf Islam…My brother has done more to halp muslins, rise money, educate and teach non-muslins to meaning and goodness, the goodness of Islam. I learned of about peace and kindness in my youth from Cat Stevens, and I became a good , honest man, now as a older man, I learn and dream of a better world, with the words of Yusef Islam.. He was a gift to us from Allah..Allah knows better then you and I.

[…] to where they came from. to the ways of music, for instance. A few months ago i wrote this article of why celebrity muslims tend to go back to music. after shunning it for a long while. You see, extremism in anything is not […]

[…] reading: The Phases of a Convert Muslim Hamza Yusuf’s Stance on SUFI shaykhs Celebrity Status The 7 stages to destruction a practicing Muslim is led towards! What scholars should “NOT” […]