As spring takes off its turtle neck winter jumper, tropical fruits such as mangoes are once more in our shops – my favourite fruit (whoraaaay!). I was surprised to see the size of one of them lying on the kitchen sink top. Its size was huge! – To say the least, for a moment i thought it must be ‘GM’ed but when i held it in my hand it was soon clear.
I remember hearing somewhere that a person in paradise will be so impressed by what he has been given, he will spend years on end just discovering his treasures. During his discoveries he will come across a beautiful fragrance. All his occupation in discovering and enjoyment of his blessings will come to a halt as he will be immersed in the fragrance which has just appeared in his path of discoveries. When he will enquire where the source of this fragrance is? He will be told that it is merely the ‘burp’ of a person who is on a higher level. He has just eaten something and has burped. The fragrance will be more pleasent than musk, more pleasent than anything he has smelt in the world.
There are other reports that, a fruit will fall from one of the higher levels of jannah to a person in a lower level papadise. The inhabitant of the lower level paradise will forget the blessings he has and will be amazed and immersed with the fallen fruit. Its beauty, its size and taste will make him ask the angels what has the other person done more than me? He will recieve the answer “he said ‘subhanallah’ once more than you and this is his reward”. Imagine!
Never forget to do even the smallest of deeds, every small step leads to a great goal.

…creating the thirst, providing the solution. 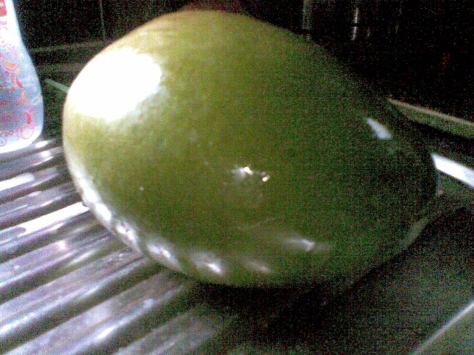